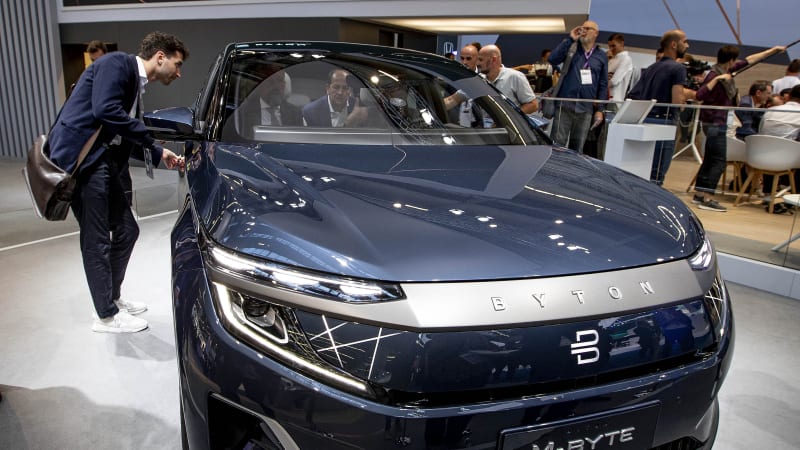 BEIJING — Cash-strapped Chinese startup Byton, Apple assembler Foxconn and the Nanjing Economic and Technological Development Zone have agreed to start building electric sport-utility vehicles in 2022, according to a statement on Monday.

Young Liu, chairman of Foxconn said in the statement that the partnership with Byton will be a key part in Foxconn’s strategy in electric vehicle (EV) industry.

The company last year announced plans to set up a joint venture with Fiat Chrysler to build electric cars and develop internet-connected vehicles in China. It has not made major announcement on the partnership since then.

Foxconn said in October it aimed to provide components or services to 10% of the world’s EVs by between 2025 and 2027.

Byton, which is backed by state-owned automaker FAW Group and battery supplier Contemporary Amperex Technology Co Ltd (CATL), was building a car factory in the eastern city of Nanjing before it suspended production from July to conduct a reorganization of the firm.

Byton was launched in September 2017 by Future Mobility Corp, a company co-founded by former BMW and Nissan Motor executives, and also has software and design facilities in the United States and Germany.