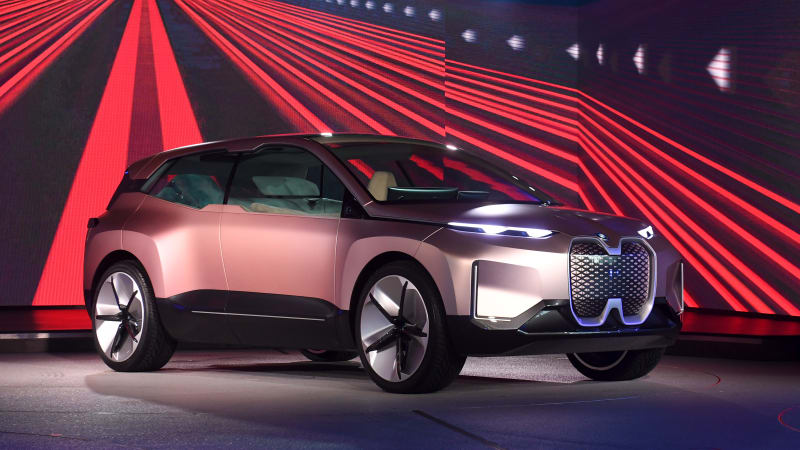 MUNICH — BMW aims to return to its pre-pandemic operating margin target as the global economy recovers, but big investments in electric cars mean the automaker will have to simplify its vehicle portfolio, its finance chief told Reuters.

Nicolas Peter said orders had fallen because of the latest pandemic-related lockdowns, but added: “If activity starts again after the middle of February, we should be able to deliver a reasonable first quarter.”

Improving market conditions, a Brexit deal and the German company’s plans to increase its share in its Chinese joint venture to 75% from 50% in 2022 should all help push BMW back to its pre-pandemic operating margin target of 8% to 10%.

“We’re not talking about far away in the future, but it is a goal that we’re looking at systematically in the short term,” Peter said during an interview at BMW’s Munich headquarters. The company will publish its 2021 margin target in March.

A surge in premium car sales in China, the world’s largest autos market, provided much-needed help for BMW’s business — it also boosted German rivals Daimler and Volkswagen — and it should report a 2020 operating margin of between 2% and 3%, Peter said.

Changing car line-ups from petrol and diesel to electric versions to meet emissions targets in China and Europe, not to mention trying to compete with electric carmaker Tesla, is hugely expensive, and was a driving factor in the recent merger of PSA and Fiat Chrysler to form Stellantis, the world’s fourth-largest carmaker.

Further consolidation is expected as carmakers struggle with electrification and investing in self-driving technology, but Peter said BMW could handle the transition.

“We are very confident we can make it alone,” he said.

But because electric vehicles (EV) are expensive to develop and still account for a small portion of sales, they are less profitable for BMW, Peter said.

“That’s why investment is so important,” he said. “We have to find ways to get to a different cost level, especially with cells and batteries.”

So the premium carmaker is embarking on a push to cut complexity — reducing engine variants and options for different vehicles, scrapping features customers don’t use, plus overhauling software to focus on a simpler, more efficient way of building vehicles.

In 2020, BMW’s global EV sales rose 31.8% versus 2019 and the carmaker says it plans to double its sales of fully-electric vehicles this year.

Traditionally, BMW has considered Germany’s other carmakers as its rivals, but Peter said increasingly it is looking to San Francisco and companies like China’s Nio — with its focus on interaction between car and driver — for inspiration.

He said that in polls two thirds of Chinese consumers have said they will switch to other brands and products if they provide a better digital experience.

“Those are the themes that have to be in focus,” Peter said.