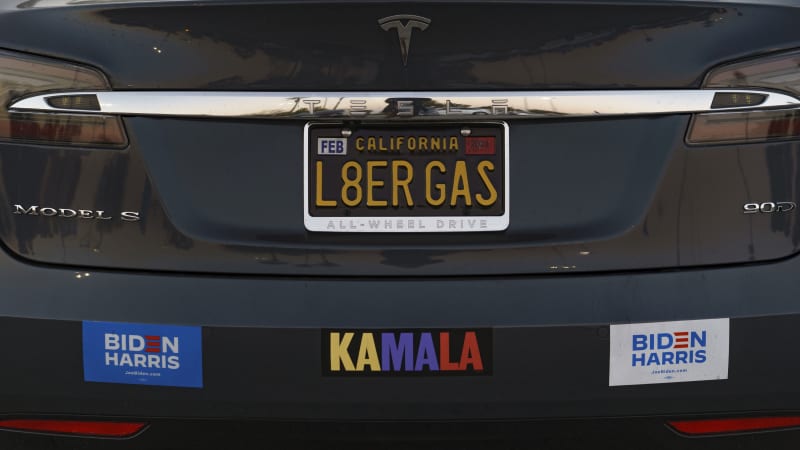 Regular readers know that every day brings a bit of EV news on Autoblog, but over the past 48 hours or so, we’ve had a deluge of it. To recap:

On Monday, President-elect Joe Biden gave a speech in which he promised, “We can own the electric vehicle market — building 550,000 charging stations — and creating over a million good jobs here at home — with the federal government investing more in clean energy research.” Quickly grasping that the next administration is as receptive to green energy as the outgoing one was toward petroleum and coal, Tesla, Uber, Rivian, Lordstown Motors, and major utilities on Wednesday formed the Zero Emission Transportation Association to lobby for, well, zero emission transportation. And zero in a big way: with the aim of all new cars sold being zero emission at the tailpipe (or lack thereof) by 2030. That’s just nine years from now.

Speaking of 2030, we learned that Prime Minister Boris Johnson has pushed Britain’s plans for a “green industrial revolution” — from the folks who brought us the original Industrial Revolution — onto a faster track. He’s announced a ban on the sale of new internal-combustion-engined cars by 2030, from the previous date of 2035. Interestingly, British business interests seem to think that’s a great idea. “It gives a springboard to the huge opportunities for UK-wide investment and green jobs that a true low-carbon economy can bring,” said Josh Hardie, acting director at the Confederation of British Industry.

Meanwhile, Germany has announced $3.6 billion in new money to grease the skids for the transition to low- or no-emissions cars. Vehicles are the country’s biggest export item, so no wonder Daimler CEO Ola Kaellenius called the government’s plans “exactly right.” This as BMW has decided to push all of its ICE manufacturing out of Germany so that its home-country plants can focus on building EVs. The labor unions there, wary of job losses in the electric age, have been clamoring for each of their factories to get a slice of the EV pie.

If you’re curious where electrification plans stand on a country-by-country basis, here’s a brief rundown.

This news comes alongside GM putting its electrification plans on a faster track as well — to the degree that Cadillac could become an all-electric brand by 2025. CEO Mary Barra is expected to lay out the details on Thursday. GM is desperate to show investors it can compete in the EV space with Tesla, but there will be even more catching up to do now that Tesla has gotten the green light to join the S&P 500. Which means that a lot of S&P index funds are going to be buying Tesla. Its stock price has jumped nearly $90 a share since the announcement, and it’s not even in the S&P yet.

Even so, potential new challengers to Tesla are appearing on the horizon every day, from a Mini-minivan concept to the sleek VW ID. Space Vizzion shooting brake that’s officially headed for production, to a secret Audi-Bentley-Porsche mega-EV with the fabulous codename Landjet.

Personally, we think this awesome red Porsche minivan could be the ultimate Tesla killer.

To help you buy any of the above, California is going to offer a new $1,500 incentive to EV buyers across the board. What’s special about this is that, no, this isn’t another tax credit. It’s cash on the barrelhead.

There has been plenty of news about hybrids, too, especially the fuel economy numbers on the Ford F-150 PowerBoost. And it so happens, we just got to drive the pickup: Our review goes live at 6 a.m. Thursday. Spoiler alert: We’re impressed.

It’s not all good news, though. Hyundai is facing a lawsuit in its home country over Kona EV battery fires, with plaintiffs wanting the South Korean automaker to replace the entire battery pack, not just push a software update. And GM has issued a recall of 70,000 Chevy Bolts for the same risk. There’s a common denominator here: The batteries for both vehicles come from LG Chem. You might remember them as the company which is suing smaller rival SK Innovations over alleged trade secret theft, trying to block SK from importing its products to the U.S., and proposing to replace SK as a supplier to clients such as Ford and VW. So the role of LG Chem in these fire risk cases is something to keep an eye on.

And finally and sadly, Dwayne “The Rock” Johnson can’t fit in a Porsche Taycan. He’s just going to have to wait for a Hummer.

What does it all mean? Only this: This EV thing. It’s happening.

F1 at risk of becoming ‘irrelevant to car manufacturers’